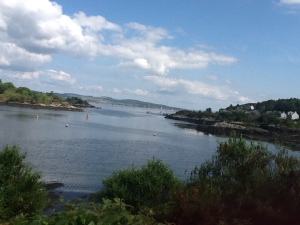 “Let the redeemed of the LORD tell their story—
those he redeemed from the hand of the foe,”
‭‭Psalm‬ ‭107:2‬ ‭NIV‬‬

Though my blogs on WordPress I write stories of what The Lord has done for me in my life. I was in despair and feeling hopeless. I developed cancer and was near death. My family and friends cried unto The Lord for me and God saved me from death and delivered me from the growing tumour. The doctors couldn’t explain how the cancer disappeared.

The Lord is the God who made the heavens and the earth and all that dwell therein. No matter what nation you are from God made it all. I live in Ireland, a country on the edge of Europe surrounded by water. We in Ireland have a heritage of Faith in The Almighty that extends back 2000 years. Sea travellers brought the news of Jesus to these shores in the first century AD. We have stories of the redeemed in Ireland that have been handed down through writings or stories told in families from generation to generation. The Irish are renowned as great story tellers.

The Irish travelled by sea to Scotland, England and into the heart of Europe via their rivers. They brought their stories and simple way of life to the nations in Europe. St Coulumbanus is buried in Italy. Another monk is remembered in Switzerland. The Irish went to Slovakia, where my son and his family now live. They told their stories of how they were redeemed from the hand of their foes.

The Lord saved me from the grip of Satan who was bringing me to death because of my sins of rebellion and bitterness. Jesus died on the cross, shed his blood and broke the power of the prince of this world over mankind. He provided a way of escape from those held in darkness by the blinder of people’s lives. I called on Jesus to save me from death. I received his power to be delivered from death. I’m alive.

Some became fools through their rebellious ways and suffered affliction because of their iniquities.
They loathed all food and drew near the gates of death.
Then they cried to the LORD in their trouble, and he saved them from their distress.
He sent out his word and healed them; he rescued them from the grave.
Let them give thanks to the LORD for his unfailing love and his wonderful deeds for mankind.”
‭‭Psalm‬ ‭107:2, 17-21‬ ‭NIV‬‬

No matter what ones situation or whatever nation you belong to, call on the name of Jesus. Many young people are suffering despair and are suicidal because of war, poverty and disappointment in the nations. God will hear and act on your behalf. His word promises to help the poor and needy.

““The poor and needy search for water, but there is none;
their tongues are parched with thirst.
But I the LORD will answer them;
I the God of Israel, will not forsake them.
I will make rivers flow on barren heights, and springs within the valleys.
I will turn the desert into pools of water, and the parched ground into springs.
I will put in the desert the cedar and the acacia, the myrtle and the olive.
I will set junipers in the wasteland, the fir and the cypress together,
so that people may see and know, may consider and understand,
that the hand of the LORD has done this,
that the Holy One of Israel has created it.”
‭‭Isaiah‬ ‭41:17-20‬ ‭NIV‬‬

The water refers to the Holy Spirit whom God will send as we call on his name. He will work the miracle needed for you.  What he has done for me, he can do for you.  God bless you today.

I’m looking out from an apartment on the third level of an hotel in Greece. I have a bird’s eye view of the sea in the distance, trees, mountains, clouds, tourists and birds. Just above me two sparrows are making a home under the roof tiles. I look down the row of apartments and notice other sparrows flitting in and out from under roof tiles. In this hotel, not only do you get an apartment to stay in, you also get the company of a couple of sparrows rearing their young above your balcony.

It is May in Greece. The weather hasn’t settled yet to be sure of uninterrupted sunshine for the tourist. One takes a risk to take a holiday at this time. We have had rain, sunshine, west winds and east winds blowing. I have my winter coat with me just to be sure to be warm if the temperatures drop.

The swallows are making their nests as well. They build where a wall meets an overhanging roof. They can be a bit messy and visiting tourists may not take kindly to a bird making his nest on their balcony. As a couple of swallows start to build the owners come along and remove the offending mud shelter. The next day the swallows start over again. So it goes till the birds are defeated and it’s too late to have their young.

Today I was able to continue my bird watching when we were out for a meal. I saw how one man has come to terms with the visiting swallows and his visiting tourists. He has built boxes around the nests and a platform below to catch any bird droppings. So no mess for the tourists to see. There is a welcome for the tourists and the swallows. Some swallows have come back to the same nest for years. They flew in and out while we had our meal . This owner has learned to be eco friendly. I looked up as one of the swallows sat proudly on the nest to hatch her young knowing she was secure in the shelter provided by the human owner. Man and birds are living in harmony.

“How lovely is your dwelling place, LORD Almighty!
My soul yearns, even faints, for the courts of the LORD;
my heart and my flesh cry out for the living God.
Even the sparrow has found a home, and the swallow a nest for herself, where she may have her young— a place near your altar, LORD Almighty, my King and my God.
Blessed are those who dwell in your house; they are ever praising you.”
‭‭Psalm‬ ‭84:1-4‬ ‭NIV‬‬

God knows the sparrow and the swallow. I am blessed when they are around.

Yes what you are reading in my title is not your imagination.

I was blown away by this simple verse this morning that I read from the Psalms.

Praise The Lord, praise God our Saviour!
For each day he carries us in his arms. Psalm 68 v 19  NLT 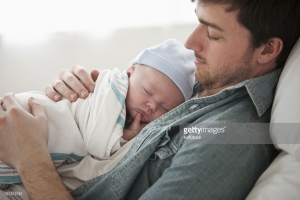 Meditate on these words.
Although my God is all powerful, Almighty, the who created the heavens and the earth, he is as gentle as a father or mother to carry one in his arms. Jesus taught us how to pray saying Our Father, who are in heaven. The Hebrew word for father is Abba. When in Israel I heard little children run after their father calling Abba! Abba! until he gave them his attention. Feel free to call out Abba! Abba!

We are created in his image. We have his nature. That is why a father or mother is touched by the vulnerability of their new born baby. This is love. The baby feels secure in his parents’ love. So it is when I am in God’s arms. I’m secure in his love.

Even though I am an adult, even a pensioner, he is holding me today in his arms, like a mother cradles a baby. I’m letting his warm hands hold me, comfort me, smooth my brow and brush away my concerns. He wipes away my tears and stays with me till I feel better, as a father comforts his child after he falls and bumps his head.

Let the Lord carry you in his arms today and hold you close to his cheek.

I was touched by another scripture recently from Hosea 11 v 3 4 8+9
Often we recoil away from God because of fear, guilt or shame. That is the devil’s lie telling us God is angry or will not forgive our sins. The devil tempts us to sin in the first place and when we have sinned he keeps us in the dark and stops us from calling Abba for his love, forgiveness and care. The devil is a trickster and our enemy.
God’s love for us. Not only does he hold us in his arms he holds us up to his cheek and heals us.

11 ‘When Israel was a child, I loved him.  Instead of Israel or Ephraim put in your name.

3 It was I who taught Ephraim to walk,
taking them by the arms;
but they did not realise
it was I who healed them.
4 I led them with cords of human kindness,
with ties of love.
To them I was like one who lifts
a little child to the cheek,
and I bent down to feed them.
I don’t want to give you up. I want to protect you
I won’t be angry with you.
My heart recoils within me,
My compassion grows warm and tender,
For I am God and not man, the Holy One in your midst.

God is real and is with you today.  Believe what I’m saying.  Let him hold you and heal you today.  It’s not your imagination.