Jesus was asleep when a storm arose on the waters of the Sea of Galilee. My daughter noticed in her translation of the bible that he was resting his head on a pillow. As a result of her revelation she began to make pillows from recycled materials and grew a business out of it. She made pillows to comfort old people suffering from Alzheimer’s disease. 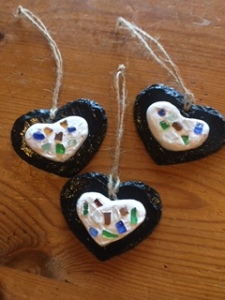 Jesus disciples were at their wits end and thought they were going to drown. They asked Jesus “Do you not care?” Jesus immediately calmed the storm. The waters became still. His disciples were amazed that he had authority over nature.

When the group came to dry land they came to a town where there was a man who lived among the tombs. Jesus cast out all the demons called Legion that afflicted him and healed him. Jesus showed to the onlookers that he had authority over the powers that trouble a person and he restores him to wholeness. Just as He calmed the waves that were going to overwhelm them in the boat, so Jesus calmed the waves of torment that afflicted the man living in the tombs. He was teaching his followers and us today how to overcome tremendous situations.

We must face our storm or be drowned by it. After three years being with his disciples, Jesus died and rose again from the dead. He is Lord of heaven and earth, life and death. He spent time with his friends and gave them authority to cast out demons and heal the sick. He tells us the same today. He said before he died that greater works will we do because he went to the Father. 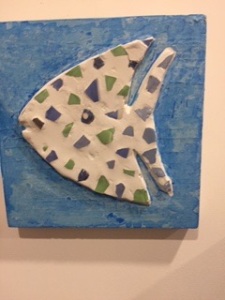 It was through deliverance form the spirits of rebellion and bitterness and confession of sins that I am healed today. My husband cast out a demon of rebellion and a friend prayed for me against a spirit of bitterness. Thank God for those who are willing to cast out demons here where I live. I am completely healed from fourth stage bowel cancer. I am delivered from death. I’m not in the grave where my children could visit and put a wreath on it at Christmas.

I have had many waves of storms lash me in my life. It is the devil who is the God of this world who stirs up the waves of trouble against us, whether sickness, calamity or mental distress. I had no choice but to face my waves of cancer and distress. I had to overcome Satan and all his works against me or die, I choose to live. I resist Satan and all his works over my family and life in the name of Jesus. He shed his blood on the cross and made a public spectacle of him. He is defeated in my life and I address him. I tell him to “Get out of here”. He has to go or he will overwhelm me with his tactics. 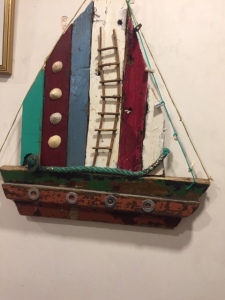 Make a turn around in your life today. Are you beset by many difficulties that don’t seem to stop coming. Ask God to help you. Believe in Jesus, receive him. Then you have authority to say to waves of trouble, this far and no more in Jesus name. It’s as easy as that. Do not fear.

I make articles from pieces of glass, wood and pottery that I find along the seashore where I live. I make something beautiful out of these pieces that have been broken and worn down by lashing waves for decades. We are often broken by life’s circumstances but Jesus takes us and heals and restores our brokenness. He has done it for me. He can do it for you. There is hope.

Here is some of my work. You can find me on Etsy.