I have a friend, Caroline, staying for a few days. I had planned to do a craft fair but it was called off due to bad weather.

Instead we went for a drive in my camper van. I wanted to show her some of the local beauty spots.

I was driving along telling her about adventures in my camper van, “Bones”. I got excited recalling some of the stories.

My daughter was in Zanzibar recently. She said all the vans in that country are just like my vehicle. They are popular because they are easy to fix. No modern technology there.

I called into a petrol station to get some fuel. I needed a key to open the fuel cap so I had to turn off the ignition. “Sweet Caroline”, an old song from the seventies, was booming from a loud speaker.

I returned to continue our trip. Oh no! There was no response to the ignition key. There was no life in Bones. Sweet Caroline was not impressed. My earlier joy dropped into my boots.

Should I call the AA out? Should I ring Brendan. He would not be impressed. I decided to ask for help locally. A young man was having lunch in his delivery van. I asked him if I could link the jump leads to his battery. He kindly offered to help. He drew his vehicle along side mine.

Next task was to open the bonnet. That done, the guy hooked the jump leads to my battery. But he didn’t know where the battery was in his vehicle! Modern vehicles have new technology. Bones has none. No automatic windows or doors.

He apologised and left. I looked for another unsuspecting young man. He hooked up to his battery. Now we were business. I turned the key. No response from my vehicle. The young man said let’s wait for a while to give the battery a charge. We waited but that there was no change. The young man left.

Another man came to help. He was a mechanic. He checked the battery. He said the battery is fully charged. He tightened up the connections and tried the jump leads again. Still no response in Bones’ battery.

What was wrong with Bones? Was it about to die? No more adventures?

Will I call the AA? I didn’t like the thought of waiting around till they came. Would Bones have to be towed away? The mechanic was perplexed. My van was blocking up his petrol pumps.

I had a flash of inspiration. I’ll try the other key on the key ring. I turned the key. Hooray! Bones sprung into life. The engine was happily turning over. I had been using the wrong key!

Joy returned. Caroline was sweet again and we had a great day. Another adventure to record. 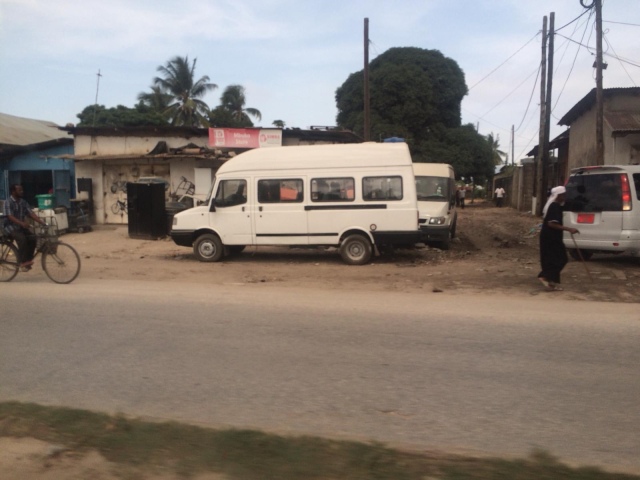