I was struck by what I read in the scriptures recently.

John was born to Elizabeth and Zachariah who had no children.
God spoke to Zachariah who was a priest serving in the temple of the Lord, that he would have a son. He didn’t believe and was struck dumb. Despite the priest’s unbelief God still kept his promise to him. His wife became pregnant and she had a son and called his name John. Their relatives and friends rejoiced with them at the birth of their son. This son was a special child and was set apart for the Lord. His parents taught him the ways of God. He learnt to hear from God himself. 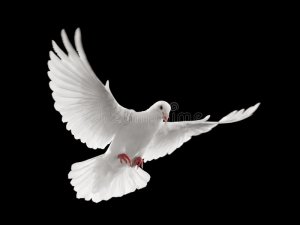 “Then John testified, “when God sent me to baptize with water, he told me, ‘The one on whom you see the Spirit descend and rest is the one who will baptize with the Holy Spirit.”
I saw the Holy Spirit descending like a dove from heaven and resting upon him. I didn’t know he was the one, but I saw this happen to Jesus, so I testify that he is the Chosen One of God. ””
‭‭John‬ ‭1:32-34‬ ‭NLT‬‬

“The next day John saw Jesus coming toward him and said, “Look! The Lamb of God who takes away the sin of the world! He is the one I was talking about when I said, ‘A man is coming after me who is far greater than I am, for he existed long before me.’ I did not recognize him as the Messiah, but I have been baptizing with water so that he might be revealed to Israel.”
John 1 29-33

God can use impossible situations to bring about his plans and purposes. His ways are not our ways. God sovereignly intervened in Zachariah’s life to bring forth a son who would be the one prophesied about many years before in Malachi.

““Look, I am sending you the prophet Elijah before the great and dreadful day of the Lord arrives. His preaching will turn the hearts of fathers to their children, and the hearts of children to their fathers. Otherwise I will come and strike the land with a curse.””
‭‭Malachi‬ ‭4:5-6‬ ‭NLT‬‬

John lived in the desert, wore a hair covered tunic and lived on locust and wild honey. He called people of Israel to repent of their sins. They had forsaken their God who had done mighty signs and wonders to deliver their forefathers out of the land of slavery in Egypt. Many people listened to him and were baptized in water to show their change of heart.

Then Jesus appeared. John baptized him as well. The Holy Spirit descended on him like a dove. Jesus gives the same Holy Spirit to us today. He will be our comforter, our guide, healer,

he will lead us into all truth, he will set us free from captivity and help us to hear from God for ourselves and cause us to live for God.

God will sovereignly move in your life today to bring about God’s plan for you.